The power and sophistication of modern radar systems is growing by leaps and bounds. These systems already offer capabilities that couldn’t have been dreamed of just a few short years ago. Furthermore, ongoing developments mean that these systems are poised to revolutionize sensing applications. However, there is a data bandwidth bottleneck that must be overcome to take full advantage of these state-of-the-art technologies.

Beamforming is a signal processing technique that employs a phased array of antennas to provide directional signals during transmission or reception. This means you can control the direction of the signal (or multiple signals) without having to physically move the antenna.

Beamforming can be accomplished using analog, digital, or hybrid techniques. Digital beamforming uses computationally intensive digital signal processing (DSP) algorithms to control the signals being fed to, and received from, the antenna array.

Digital beamforming provides many advantages over its analog counterpart, including simplifying the RFIC design and enabling better scalability by moving the beamforming operations to the digital domain. This is critical to providing flexibility in forming the beam patterns and supporting multiple parallel data streams. In the case of radar applications, this means that signals from multiple directions can be monitored and measured simultaneously. Digital beamforming is also much better at handling interference. If a radar system is being subject to jamming from a hostile source, for example, digital beamforming can null this out, adapting its own beam patterns to accomplish the mission.

Digital beamforming provides capabilities that are simply not achievable using analog or hybrid beamforming approaches. The bottleneck is the vast amounts of digital data that must be conveyed back and forth between the antenna array and the compute (processor) array.

However, this also results in a “double whammy”— as the bandwidth increases the number of samples increases, and as the wavelength decreases the number of antennas can be more densely packed. All of this results in a quadratic increase in bandwidth density needs. In turn, this demands a new interconnect solution between the antenna array and the compute array (also between processing elements forming the compute array).

The obvious solution is to use an optical transport mechanism because optical interconnect offers high-bandwidth, low-latency, and low-power interconnections that are resistant to electromagnetic interference (EMI). However, it is not sufficient to simply take existing devices (CPUs, DSPs, FPGAs, ASICs, RFICs, etc.) and augment them with external optical interconnects. To achieve the highest possible transmission speeds and bandwidths, it is required for the optical interconnect to be incorporated inside the device packages.

In-package optical I/O enables chip-to-chip communication across a wide range of distances, from millimeters up to kilometers. This opens the door to a wealth of possibilities for new phased-array radar architectures, such as size, weight, and power (SWaP)-friendly disaggregated implementations. Some real-world examples of these possibilities are as follows:

Aerospace: In the case of radar in an aircraft, for example, sensor arrays can be mounted in the nose and the tips of the wings, and in-package optical I/O can be used to convey the data directly from RFIC chips in the array to a compute array located in the middle of the plane. Combining the data from multiple, widely distributed sensors provides a greater field of view (FoV) and higher resolution.

Search and rescue: In-package optical I/O facilitates increased numbers of simultaneous beams, resulting in substantial improvements in spatial coverage. In turn, this increases the probability of detection and reduces the time taken to find people who are in distress or in imminent danger. The combination of TeraPHY chiplets and the SuperNova light source is set to disrupt the traditional performance, cost, and efficiency curves of digital beamforming applications by delivering up to 1000x bandwidth density improvements at one tenth the power compared to traditional copper-based electrical interconnect technologies.

To learn more about advanced phased array radar architectures, please join us at the 2022 IEEE International Symposium on Phased Array Systems and Technology. Lockheed Martin Corporation, one of our strategic investors, will be presenting a paper we co-wrote, Converged RF Phased Arrays Enabled by Silicon Photonics, on Thursday, Oct 13, at 2:50 PM EDT.

Ayar Labs, a leader in chip-to-chip optical connectivity, has expanded its executive team to further commercial development, with the addition of Lakshmikant (LK) Bhupathi, Vice President of Products, Strategy and Ecosystem, and Scott Clark, Vice President of Manufacturing and Operations…

In artificial intelligence (AI), increasingly complex algorithms, larger datasets, and process-intensive workloads lend to an insatiable demand for compute, memory, and storage, as well as higher-bandwidth, lower-latency communication between these components.

As 5G networking transforms the telecommunications industry and next-generation 6G is close at
hand, the need for increased bandwidth (BW) across wireless and wired infrastructure components
has become obvious.

Ayar Labs is moving ahead on many fronts as we continue to build toward volume production with a major business win and seasoned additions to our executive team.

END_OF_DOCUMENT_TOKEN_TO_BE_REPLACED 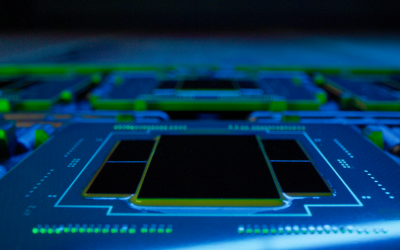 2022 Is the Year of Commercialization for Ayar Labs

As we close out Q3 2022, I want to take a step back and look at how Ayar Labs and the optical I/O ecosystem have been evolving and what’s coming next. Ayar Labs was founded in 2015; we created our first prototypes in 2018; we gave our first public demonstrations in...

END_OF_DOCUMENT_TOKEN_TO_BE_REPLACED 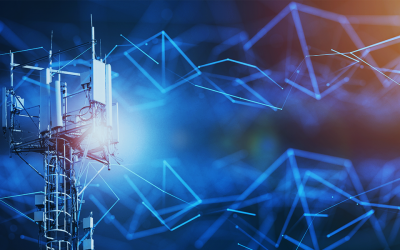 Telecommunications has rapidly changed over the last 20 years, with no end in sight. The field has gone from point-to-point communication for connected homes and offices to people connected virtually anywhere. As 5G and mmWave technologies open up new avenues of...