When I started working on microring-based optical I/O in 2011 during my PhD, my team’s effort was considered a moonshot by most in the industry. We were the “crazy academics” with a contrarian vision to building communication fabrics that could scale to the tens of terabits/second bandwidths expected for future systems-on-chip (GPUs, CPUs, FPGAs, ASICs, …).

Flash forward to 2015, and we published the first ever microprocessor chip to have optical I/O on the same piece of silicon as the processor [Nature]. That demonstration answered many feasibility questions while asking several more. Can we increase performance to higher per wavelength data rates (25/50/100 Gbps)? Can the thermal and manufacturing challenges surrounding microrings truly be solved such that they are a reliable technology for I/O?

Last week at ISSCC, the Ayar Labs team demonstrated dynamically configurable transmitters showing 20–100Gbps per wavelength, for which we received a Technology Innovation Award. This demonstration closed the books on the question of 50/100Gbps per wavelength and sets the stage for a multi-generation roadmap with relevance to nearly every high-performance SoC being developed.

Of course, that’s not to say we are finished. Now that the core technology feasibility and performance scaling potential has been demonstrated, the next set of questions are related to productization… what is the long-term reliability? What is the business model? What is the cost at high volumes? At Ayar Labs, answering these questions is the focus of 2019 and 2020, and we are fortunate to have the help of several large strategic partners who recognize we are entering a new era of photonics being directly integrated into SoC packages creating a roadmap for high-bandwidth, low-power optical I/O.

In just a couple of short years in artificial intelligence (AI), optical interconnects have gone from being barely discussed to becoming a critical feature in the future architectures of leading vendors. In fact, based on current trends, it’s arguable that without...

In-Package Optical I/O: On the Cusp of High Volume Manufacturing

Ayar Labs has successfully demonstrated the first ultra-dense optical interconnect solution on GLOBALFOUNDRIES’ next generation silicon photonics manufacturing process.  With this demonstration, we're showing that optical I/O is ready to be manufactured in high... 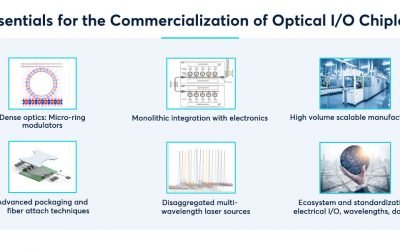 I celebrated my second anniversary with Ayar Labs about a week ago. It’s been a great ride leading this game-changing company and technology.  I am especially happy to share that we just closed a fantastic $35M Series B financing that provides the means to...

Breaking Optical I/O milestones while adjusting to the ‘new normal’

Our world shifted with the growing criticality of Covid-19 … and we at Ayar Labs shifted with it. Early in the month, we made the difficult decision to not attend the Optical Fiber Communications Conference (OFC), but with tireless hours by our technical team to pull... 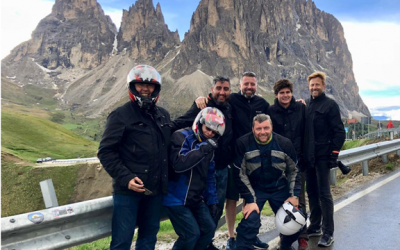 On the Winding Road through the Dolomites, Detroit, and DC

It feels like just yesterday that I wrote my last blog post — my, how time flies! ISC’19 was of course a great chance to reconnect with old partners and friends in the HPC community, but it was also an opportunity to collect first-hand feedback and requirements from...