As I sit on the first flight to ISC’19 (International Supercomputing Conference), I can’t help but reflect back on the last two weeks and all that’s been going on at Ayar Labs…

We’ve had several new hires, including Vladimir Stojanovic, a co-founder of Ayar Labs who is now on-board full-time leading system architecture. In the short time he’s been on board, we’ve already engaged with several partners and customers to scope out novel I/O solutions for their platforms.

Once again, we had members of our leadership team speaking at various scientific conferences. Roy Mead, VP of Manufacturing, spoke at ECTC on “Photonics on the Cutting-Edge of Technology Evolution” and Mark Wade, President and co-founder, was at SPHPC presenting a paper on “In-Package Optical I/O: Solving the Electrical I/O Bottleneck”.

However, one of the most notable events was the opening of our second office in Santa Clara, CA… right in the heart of Silicon Valley. We celebrated this milestone with a grand opening party attended by about 200 employees, family members, industry partners, investors, and customers. We also had several guest speakers from GlobalFoundries and Intel (see below) talk to the industry need for in-package photonics. In a nutshell, as the amount of data and the need to move it continues to grow exponentially, optical I/O will be required to continue to drive performance and improve power efficiency of semiconductors.

At the risk of over simplifying, allow me to elaborate… currently, computer chips use copper pins and wires to move data with electricity. However, the number of electrical pins you can connect to a chip is limited by the shoreline of the silicon and each pin can only transfer a certain amount of data. This technique has been used for decades but today, it’s reaching its limits—CPUs and other computing elements, such as FPGAs and custom ASICs, are bottlenecked waiting for data from memory and/or from another device. The amount of power used to transfer that data is also unsustainable.

Ayar Labs is building technology that uses light to transfer data instead of electricity (in-package photonics). This enables more data to move in and out of chips faster and with less power. The net result: computers will be able to solve bigger problems faster (better weather prediction, better medicines, safer cars, etc.) and 5G networks can handle more calls and data (you can stream that movie faster and with fewer glitches on your smart phone), to name just a few benefits.

We also reached another key milestone in the production of the TeraPHY chiplet: we got back our first batch of wafers that have gone through handle-replace… a critical step that allows the optical fiber to attach to the silicon (I’ll let Mark Wade talk to this more in his next blog).

And now the journey continues…this week, our CEO, Charlie Wuischpard, and I will be attending ISC’19 in Frankfurt to meet with the HPC’s leading researchers, national labs, and industry partners. It’ll be Ayar Labs’ first time at this conference and I’m excited to meet many of my good friends and colleagues and share our technology. If you happen to be there and want to connect, please reach out via LinkedIn! See you on the road…

Demo of the SuperNova™ Light Source Operating from 15-100°C

An explosion in demand for more compute capacity for high-performance computing (HPC) and artificial intelligence (AI) workloads is about to usher in a new era of disaggregated system architectures - with an emphasis on increased flexibility, efficiency, speed, and...

Disaggregated architectures decoupling memory from processors and accelerators allow for more flexible and cost-effective node designs that can meet the demands of next-generation HPC and AI workloads. For disaggregation to be possible, an I/O interconnect technology... 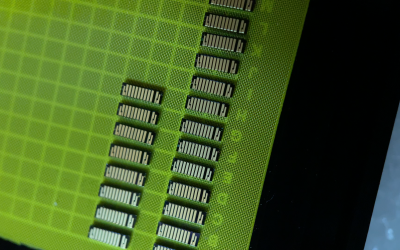 Just three months after an exciting, news-filled OFC, we are now in France at ECOC 2021 -- the largest conference on optical communications in Europe.  We are happy to announce our next milestone in the development of our optical I/O solution:  We have demonstrated... 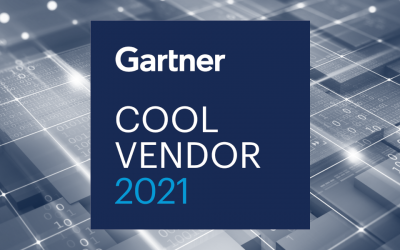 Report Forecasts Significant Shift Towards Silicon Photonics in High-bandwidth Data Centers   We are honored and pleased to announce that Ayar Labs has been designated as a ‘Cool Vendor’ in the 2021 Gartner “Cool Vendors in Silicon Photonics” report, which... 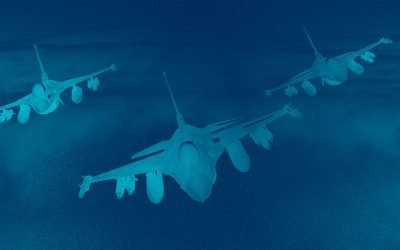 Companies developing the next generation of aerospace and defense solutions are pursuing a myriad of innovative ideas and technologies. From improving surface-to-air and vehicle-to-vehicle communication to enabling autonomous vehicle and unmanned aircraft operations...